A food allergic reaction occurs as a result of some component of the immune system, which normally protects us from infectious agents, inappropriately reacting to the proteins in foods we eat.

Food allergic diseases usually occur in the first decade of life and are directly linked to the maturation of the immune system.

In general, clinical symptoms are not detected at birth and although the production of IgE starts in the eleventh week of gestation, no specific sensitization to food allergens can be detected in cord blood.

The parts of the immune system responsible for immediate on-set reactions (the most dramatic example of which is food anaphylaxis) are IgE antibodies.

In allergic individuals (who are sometimes referred to as being "atopic") eating certain food proteins (such as whey and casein protein contained in cow's milk) results in the production of specific IgE antibody molecules directed against the protein. 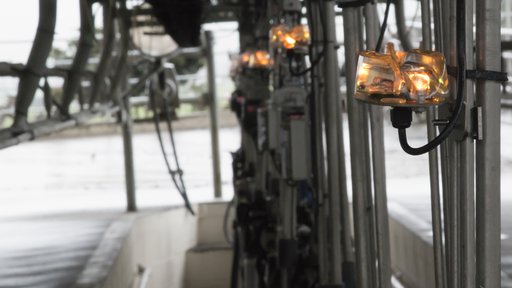 The second time the individual eats the food, these specific IgE molecules interact with each other, and the protein, to cause the release of harmful chemicals (such as histamine) from special mast cells.

"T-cells" are the components of the immune systems responsible for delayed-type food allergic reactions. In individuals with a predisposition for delayed on-set food allergy, initial ingestion of food protein leads to the production of specific types of "T-cell".

When the food is subsequently ingested, the food protein is "processed" in a variety of ways and "presented" to the previously generated food-specific T-cells.

These T-cells then "invade" the area of the body about to suffer damage, such as skin, bowel. This processing, presenting and invasion can take 24-48 hours which explains the delayed response.

T-cells release chemicals that, through a chain of events, lead to the damage associated with symptoms of food allergy.

Cow Milk Allergy (CMA) is a reaction to cow milk that results from a hypersensitive immune response to one or more milk proteins.

Milk Sensor is the most common cause of food allergy affecting a minimum of 2-3% of infants. However, symptoms suggestive of cows' milk allergy may be present in up to 15% of babies, highlighting the importance of getting an accurate diagnosis.